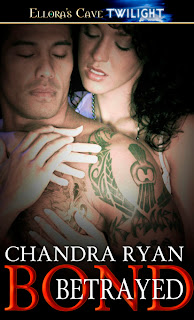 But, now that I'm finally starting to come to terms with its release, I find I'm experiencing a new emotion-excitement! I mean, not like 'new in my life' emotion. I'm human, I've been excited before about other things. But now I'm starting to get really excited about people reading this book. Yes, it's nerve-racking. So much so, I just had to google if it was nerve-racking or nerve-wracking. Yep, that's my state of mind right now. But if I didn't love the story so much, I wouldn't be so nervous. And that I'm this nervous tells me how much I really do love this story.

Just like being a parent, I don't think authors are supposed to pick a favorite book. It's not fair to their other books, right? And I could never pick a favorite between my two children, but (and please don't tell my other stories) I think this story actually is my favorite. Should I feel guilty about that? I'm undecided.

Why is it my favorite? It's simple really, this book is exactly as I wanted it. I refused to think about my mom's reaction or my ex-boyfriend's condescending comments or even about the shocked expressions of my RL friends as they read it and I just wrote. I felt I owed it to the characters. They're just so strong and real in my head that I couldn't tell Nikki to cover up as she pranced around Isaac's kitchen in nothing more than his button down shirt and a pair of panties. I couldn't even make her feel shame when other people saw her in nothing but the skimpy ensemble. And I most certainly couldn't force Isaac to hide his cuffs. She's a seductress and he's an enforcer. If she didn't seduce and he didn't enjoy a woman in cuffs, they wouldn't be themselves. If I ignored their personalities, I would be doing a great disservice to them.

So I embraced not only them, but their story. And so, without further ado, here's the blurb:

Isaac Marrow doesn’t care that Nikki Rathe is a seductress. She’s the only member of the Community who can help him get his sister Molly back from Nikki’s father, who holds the rest of their kind under his spell. But he doesn’t expect her to help willingly. Instead, he tricks her into giving up her blood, bonding her to him in an effort to compel her support.

Nikki could have told Isaac that bonding himself to a seductress was a foolish move, but he never asked. Now, a powerful lust ties them together, driving them both mad. Isaac is hot, but the desire is a distraction she doesn’t need. Nikki wants to free Molly and bring down her father just as much as Isaac, if not more. The Community banished her as a child while letting her power-hungry father grow stronger. But Isaac’s betrayal of her trust can’t go unpunished. And a seductress can deliver a powerful punishment.

All this week I'm going to be counting down to the release and on Wed, November 7th (release day) I'm going to be giving away a digital copy to a commenter so keep stopping by!  Maybe I'll even release a video of me doing my happy dance. I know I'll be doing it all day Wednesday :)
Posted by Chandra Ryan at 7:14 PM